Ali, Rami. (2022). The Values of the Virtual, Journal of Applied Philosophy

Abstract: How do we assign values to virtual items? In this paper I offer a framework for answering this question. While virtual monism maintains that virtual Xs belong to only one value-salient kind in relation to X, virtual pluralism maintains that virtual Xs belong to more than one kind. I argue that virtual monism is mistaken, and dualistic virtual pluralism is too coarse-grained. In place I argue for a four-fold pluralism. I apply the view to various debates in the literature, and conclude with a discussion of less basic hybrid kinds.

Ali, Rami. (2015). A New Solution to the Gamer’s Dilemma, Ethics and Information Technology

Ali, Rami. (in progress) What in the world are hallucinations?, Masrour, F. & Beck, O. (Eds) New Waves in Relationalism (tentative title). Routledge. Please email me for a copy.

Ali, Rami. (in progress). How is perception phenomenally particular? Brogaard, B., French, R., & Bueno, O. (eds.). The Roles of Representation in Visual Perception. Synthese Library.  Please email me for a copy.

Abstract: I offer a broad overview of the relationship between Charles Malik’s views and views in Analytic philosophy, Phenomenology, and contemporary philosophy, while also covering some of the beginning chapters of Malik’s book on Whitehead’s metaphysics.

“Naive Realism and Hallucinatory Perception”, New Waves in Relationalism (May 2021), University of Wisconsin-Madison.

“What in the World are Hallucinations?” presented at the Philosophy of Language & Mind 5, St. Andrews University (Aug 2019), European Society for Philosophy & Psychology (Sep 2019), the University of Glasgow’s Philosophy, Psychology and Neuroscience Research Seminar (Dec 2019).

“Do Visual Hallucinations Involve Perception?” presented at the American Philosophical Association Eastern Division (January 2018). See a video of this talk.

“Is All Virtual Reality Equally Real or Unreal?” presented at the Phenomenology and Virtuality Conference, Husserl Archives, KU Leuven (May 2017).

“Living With Others: Four Basic Concepts from Phenomenology” presented at the American University of Beirut (February 2017).

“A New Solution to the Gamer’s Dilemma” presented at the 8th Philosophy of Computer Games Conference – Freedom in Play, Bilgi University (November 2014).

“Misperception and its Impact on Theories of Perceptual Experience” presented at the Association for the Study of the Mind in the Middle East and Africa Region, American University of Beirut, (June 2013).

“Crosscutting Kinds and Consilience in Emotion Theory” presented at the Interdisciplinary Symposium on the Mind: The Place of Emotions in the Cognitive Sciences, University of Toronto (March 2010) 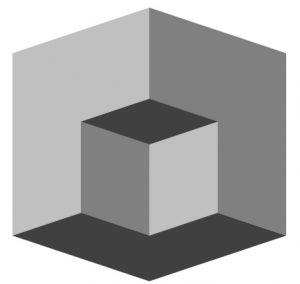