Welcome to my personal website. Here you’ll find information about me, my work, and my interests.

In the philosophy of mind my focus is the philosophy of perception. I am particularly interested in the limits of perception, which I have primarily thought about through cases of misperceiving. I accept a naive realist view of perception and think that all cases of misperception can be accommodated by naive realism without appeal to disjunctivism. Briefly, this is because even hallucinations are cases of perception. They are a type of picture perception, and hallucinatory objects are pictorial objects. I have defended this view in my dissertation, my published work, and my still incomplete monograph that tackles this issue in more detail.

Growing up as part of the generation that saw the introduction of home computers and the internet I spent a lot of time tinkering in the virtual world. Many technological developments interest me but I am particularly interested in virtual reality (VR). VR intersects with my work on perception in interesting ways and I think that the technology will have a large impact on the way humans live and conceive of their reality in the near future. My approach has been hands-on. I currently own three headsets, have a working knowledge of softwares like Simmetri, Unity, and Dreams. I’m now working on getting better at WebXR. But my favorite software is Dreams. Though it’s just beginning, I have high hopes for it as a next-generation digital design platform. You can see some of the VR experiences I’ve created elsewhere on the site.

I’m mainly trained in the analytic tradition but throughout my graduate studies I had various enlightening encounters with the phenomenological movement. Though many of its figures interest me I have a particular interest in Emmanuel Levinas. Levinas remains largely unknown in the analytic tradition, understandably given his writing style, but I find his work to contain meaningful insights that are worth dwelling on. I have some papers in progress on his work, and hope to write a book on his ideas one day.

I have a lot of side interests in philosophy. My work on perception has involved me in debates about the nature of pictures, picture perception, and the perception of other minds. My work on misperception has made me interested in dreams, delusions, and psychoanalysis. I am also a big fan of the visual arts. I particularly enjoy the philosophical analysis of movies and regularly teach a course on philosophy in literature and film. I have written work at different stages on these different topics.

When I’m not doing philosophy, I’m either engaged with technology, art, or activism. For more, see the relevant pages on this website. 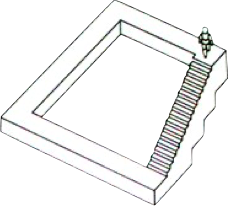